Many camera collectors already know me as fedka on eBay, but a web store is a more personal endeavor, so let me introduce myself. My name is Yuri Boguslavsky, and I live in New York City. I was born in Ukraine (part of the Soviet Union until 1991), moving to the USA in 1990. I am currently working as an engineer for a major healthcare company and pursue Soviet cameras during my free time. 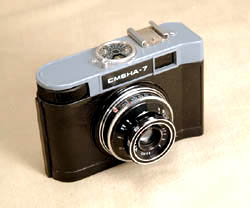 My mother bought me my first camera, a Smena-7, when I was 8 years old. When I was in high school I switched to a Zenit-E SLR. By the time I left the USSR I was a lucky owner of a Praktica DTL3.

I was always fascinated with the way an optical/mechanical device, photo film, paper, and chemicals produce an image to keep a moment forever. During my school and college years I shot myriad rolls of film, printed countless pictures, and always enjoyed it.

Photo hardware and photo history have always interested me, but it was impossible to have more than the bare necessities back in the USSR. Cameras and lenses were scarce and expensive, and the whole notion of collecting cameras would have been unthinkable. In 1989 I owned one Praktica DTL3 with three Pentacon lenses which I brought with me to the USA. That served me well, as only one camera per family was allowed to be taken out of the country for those leaving the USSR for good. Today I have a sizable collection of Soviet photo equipment and literature. 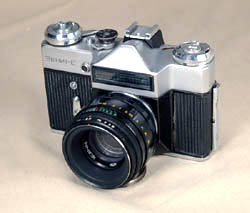 I chose the name Fedka because this nickname was given to the first FED rangefinders made at the Kharkov work commune in the early 1930’s. Leica introduced the 35 mm miniature photo format to the world. Fedka (its Soviet copy) replicated its success by bringing 35 mm photography to the Soviet Union.